The Community-Based Health Planning and Services (CHPS) Zone Coordinator, Adaklu District Health Service, Irene Elorm Afenuvor has appealed to drivers and motor-riders in the district to support the efforts of the directorate to avoid preventable deaths in the area.

Madam Afenuvor who bemoaned the absence of a major health facility and an ambulance to serve the district made up of 91 communities with over 55,000 people mostly engaged in subsistence farming, with a few enclaves of herdsmen said, the only way to improve on the health status of the people was to get people to support a Community Emergency Transport System (CETS).

She explained CETS as “a way of involving the community in transporting our referral cases to referral points because in our district, we don’t have hospitals but CHPS compounds and health centres” for providing first aids and minor health care services but not  major treatments.

“So when emergency cases arise and need to be referred to Ho Municipal Hospital or the Regional Hospital (now Ho Teaching Hospital), transporting the people there sometimes becomes difficult,” she added.

Though Madam Afenuvor disclosed that the directorate liaised with community members, opinion leaders and chiefs to get the taxis being used for now and had the intention to liaise with the assembly to provide tricycle to be improvised into an ambulance, she said drivers and riders were key to get the CETS function properly to serve its purpose, to prevent deaths.

“We realised that the system was not really functioning in that when the drivers or riders are called to take cases that are being referred to hospitals, the nurses complain that some of them charge very high. Some say they will take GH¢200.00 from Waya to Ho, which is very huge and an amount the clients will not be able to pay.”

The CHPS Zone Coordinator spoke to Voltaonlinegh on Thursday, August 8 on the last day of a sensitisation campaign for five communities in the Adaklu District on CETS and Water, Sanitation and Hygiene (WASH) at Tsrefe.

The outreach programme educated members of  Wumenu, Tsrefe, Kodzobi, Torda and Adaklu Waya communities on the need to construct household toilets, address issues and challenges associated with WASH as well as the relevance of CETS to health care delivery and how to make the system more functional in these five communities.

The sensitisation programme formed part of a project dubbed People for Health (P4H) funded by USAID and being implemented by a consortium of three, SEND GHANA, Penplusbytes, and the Ghana News Agency in 25 districts selected from five regions across the country.

District Environmental Health Officer, Godwin Dogbey urged the people to construct household toilets and desist from open defecation, a causative factor for illnesses such as cholera and typhoid.

Mr. Dogbey dissuaded the people from defecating around and in bushes saying, one other danger people could be exposed to was bites from snakes which could have serious implications for their lives.

Mr. Atidzah who underscored the importance of the project expected that there would be at least one sensitisation on WASH every quarter to downstream the education for acceptance by the people.

Meanwhile, chiefs and people of the communities visited promised to give the needed assistance to CETS committees to make them more functional and also expressed readiness to construct household toilets to deal with open defecation. 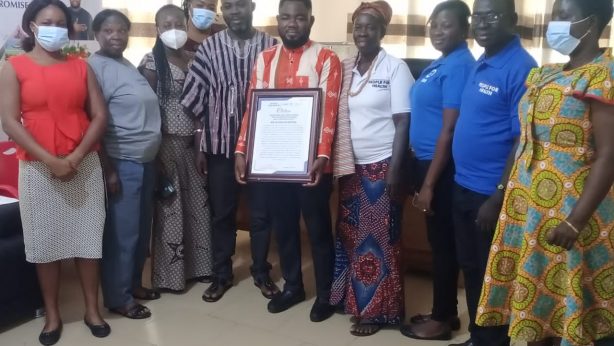 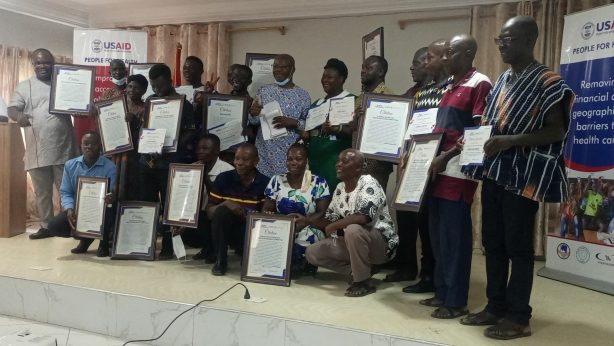