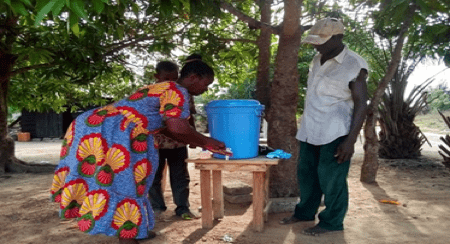 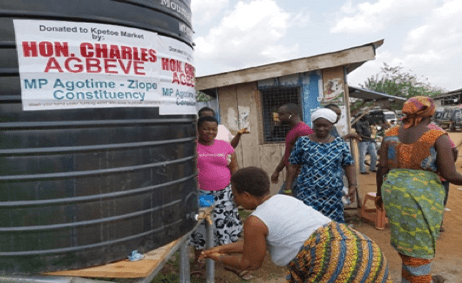 In efforts aimed at preventing the spread of COVID-19, some stringent measures have been put in place to limit the further spread of the deadly virus.

Among the measures included social distancing, where people must leave at least one to two meters between them and good handwashing with soap under running water.

However, adhering to social distancing and hand washing has proved to be a challenge especially in deprived communities.

She added that motor riders also still carry more than one person and this poses a threat in fighting the virus.

In the case of handwashing, Madam Fiagbenya, said even though Veronica buckets have been placed at vantage points for community members to continually wash their hands some opinion leaders and stakeholders from the Agotime Ziope district have expressed bitter concerns about the continues picking of soaps meant for the intended purpose.

She further added that with permission from the District Assembly steps are being taken to form a task force to ensure that the COVID-19 protocols are observed.

The task force, she said, will also mount surveillance at some points to fish-out as well as report recalcitrant drivers and riders for the appropriate punishment to serve as a deterrent to others.

Mr. Samuel Yao Atidzah, executive director of the GOSANET Foundation and the focal person spearheading the People for Health (P4H) project in the district has acknowledged this initiative and expressed his readiness to offer his support if the need arises.

The executive director believes that it was imperative for the community to observe social distance and good hand washing directives because they are some effective measures to prevent further spread of the pandemic.